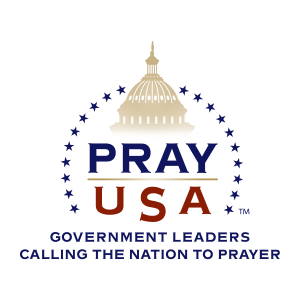 Government Leaders Call the Nation to Prayer through PrayUSA Initiative

An extraordinary, nationwide prayer initiative spearheaded by government leaders was birthed on March 7, 2015 at the LIFFT America Religious Liberty Summit (Leaders Inspiring Faith and Freedom To America) in Charlotte, North Carolina. The Summit was convened by the Congressional Prayer Caucus Foundation along with Congressman J. Randy Forbes and Senator James Lankford, co-chairs of the Congressional Prayer Caucus.

Representing 25 different states, 16 members of Congress and 36 state legislators gathered to coordinate a tactical strategy to effectively challenge the growing anti-faith movement in the United States. The consensus among participants was that people of faith can no longer be silent as our nation’s Judeo-Christian heritage is being compromised by an anti-faith narrative.

The highlight of the Summit was a commitment by government leaders to call the nation to fervent and humble prayer. In a solemn and historic ceremony, all who were present signed a Call to Prayer for America Proclamation.

The Call to Prayer for America Proclamation has been signed by hundreds of national, state and locally elected officials, as well as thousands of citizens. Copies of the Proclamation are being read by national and state government leaders in churches across America.

To RSVP now to the November 17th event, go to www.PennsylvaniaPrayerCaucus.com and click on the event link.

The overarching goal of the Pray USA initiative is for God’s people in America to join with one heart and one voice to pray unceasingly for the United States and her leaders.

The Call to Prayer for America Proclamation is available online at www.PrayUSA.com.

“This is an timely and exceptional movement of uplifting prayer that is being spearheaded by our government leaders in order to see freedom endure.” – Lea Carawan, Executive Director

“Prayer is an act of faith that has unified the nation since our inception. Corporate prayer can bring unity, despite disagreements, by reminding us that, while we may disagree about what paths or policies will best continue to support and secure our freedoms, we must also recognize where we have shared motivations to preserve that freedom. Beyond our differences, we can be one voice, united in prayer as we strive to overcome the challenges that lie before us.” – Congressman J. Randy Forbes, Founder and Co-Chair of the Congressional Prayer Caucus

Please be in prayer for Sen. David Rust.  Had recently had to have stints put in and they’ve discovered some

Government Leaders Call the Nation to Prayer through PrayUSA Initiative  An extraordinary, nationwide prayer initiative spearheaded by government leaders was

An unprecedented 523 Government Leaders including 16 members of Congress and 36 State Legislators are coordinating a tactical strategy to effectively challenge the growing anti-faith movement in the United States. Read More »