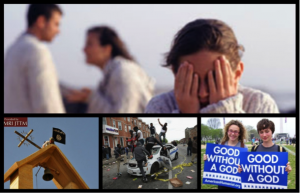 An unprecedented 523 Government Leaders including 16 members of Congress and 36 State Legislators are coordinating a tactical strategy to effectively challenge the growing anti-faith movement in the United States.

Lea Carawan, Executive Director of the Congressional Prayer Caucus Foundation says “People of faith can no longer be silent. There’s an ongoing negative drumbeat against our nation’s Judeo-Christian heritage and it’s ripping our country apart. Just look at what’s happening in our schools, with families, in the streets. This anti-faith narrative is destructive and must be stopped.”

Throughout the history of the United States, its citizens have drawn strength, hope, and guidance from prayer. From the very first Continental Congress through every form of adversity and blessing.

Congressman J. Randy Forbes and Senator James Lankford, co-chairs of the Congressional Prayer Caucus say the overarching goal of the Pray USA initiative is for God’s people in America to join with one heart and one voice to pray for the United States and her leaders.

The Call to Prayer for America Proclamation is available online at www.PrayUSA.com.

Please be in prayer for Sen. David Rust.  Had recently had to have stints put in and they’ve discovered some

An unprecedented 523 Government Leaders including 16 members of Congress and 36 State Legislators are coordinating a tactical strategy to effectively challenge the growing anti-faith movement in the United States. Read More »