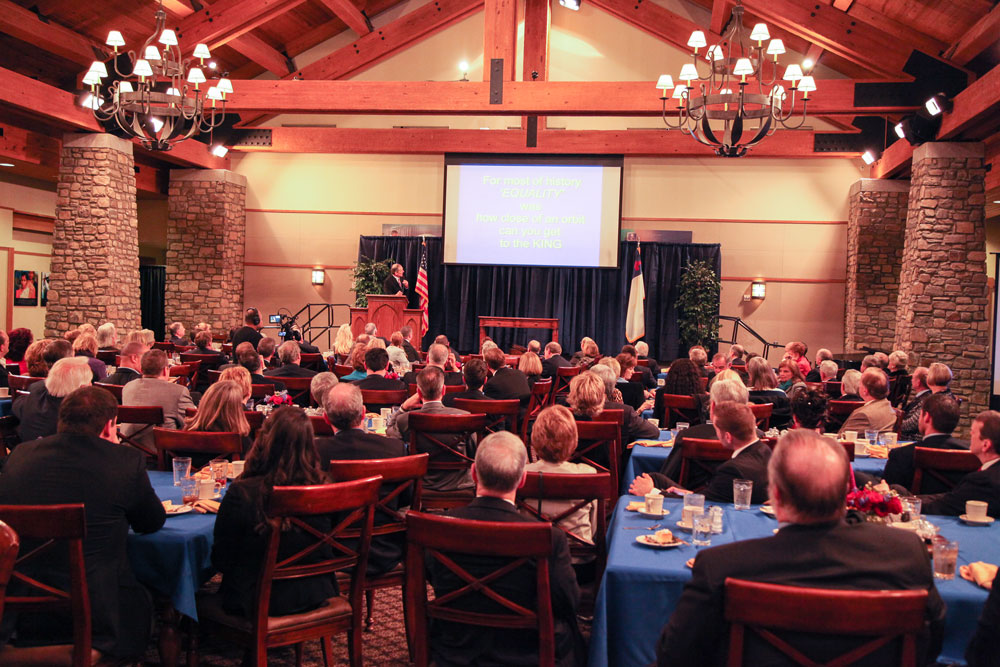 How do I summarize a truly amazing weekend and in many ways, a historic weekend in the ongoing fight for religious liberty! Renewed hope…a strengthened resolve…a sharpened focus…a bold declaration and an energized movement! These are just some of the descriptors as over 50 members of Congress and state legislators were joined by a few high-level leaders at the recent LIFFT America Religious Liberty Summit held in Charlotte, North Carolina. All told, 25 different states—half the country—was represented!

We gathered together to identify relevant trends and threats to religious freedom and coordinate a tactical strategy that will challenge the anti-faith movement in this country. Although one of the winter season’s worst storms hit the Mid-Atlantic and Northeast regions—canceling and delaying hundreds of flights—participants still arrived full of enthusiasm and support. Why? Because they understood the extraordinary significance of the Summit.

I watched as government leaders collectively said, “Enough! We will not sit idly by and watch our nation’s history and Judeo-Christian heritage be rewritten with a false narrative!”

As government leaders discussed ways to effectively equip and mobilize the country, I couldn’t help but reflect on other gatherings that took place over 200 years ago. The seeds of democracy and true freedom were first planted and nurtured by patriots who met in Boston’s Faneuil Hall to address their grievances toward an unrelenting British government, by legislators who held strategic discussions at Raleigh Tavern in Williamsburg after the House of Burgesses was dissolved, and of course, at Carpenter’s Hall and the State House in Philadelphia, representing the genesis for the Declaration of Independence and our beloved Constitution.

We truly experienced a cohesive effort among all those who attended, to rise up and make a difference for the next generation. LIFFT—Leaders Inspiring Faith & Freedom To America—captured the very essence and spirit of what we hoped to accomplish during this special meeting. This unique, and first-of-its-kind, strategic Summit was convened by the Congressional Prayer Caucus Foundation in conjunction with Congressman J. Randy Forbes and Senator James Lankford (co-chairs of the Congressional Prayer Caucus); Lt. Colonel Allen West, Honorary Chairman of the CPCF, and key members of Congress. These are some of the most committed leaders in our nation and they are willing to stand up and fight for our religious liberties. It’s one thing for ordinary citizens to make this kind of bold statement within the marketplace of ideas, but to witness our government leaders step to the forefront and be counted among those who believe in our core values and beliefs, it brings great joy and ignites a spark of hope that we really do have a voice in the halls of power.