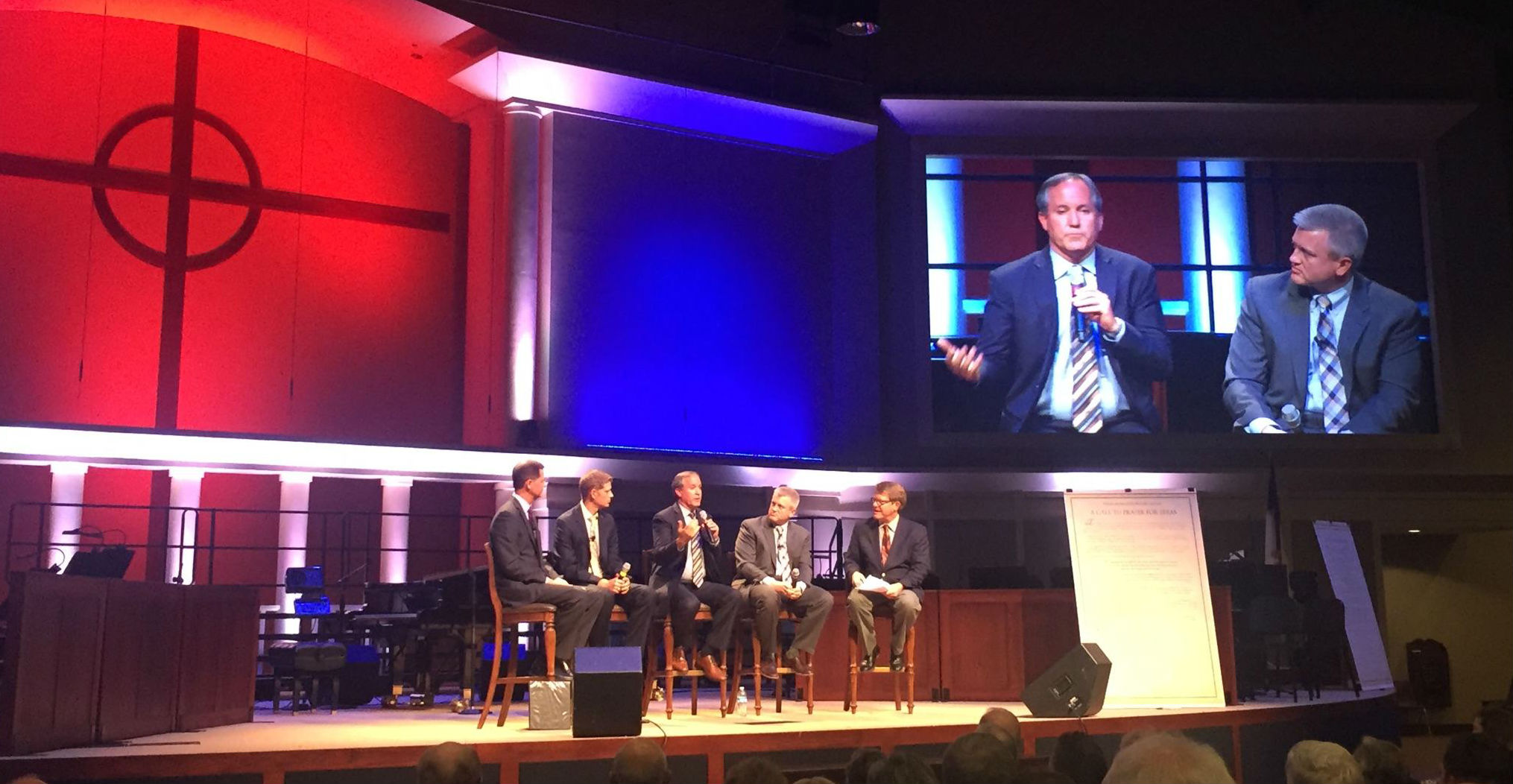 A Supersized Call to Prayer 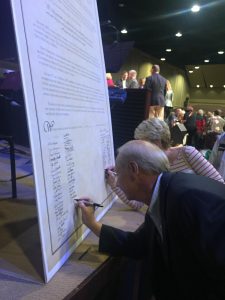 They say, “Everything is BIG in Texas,” and this proved to be the case for a recent Call to Prayer Event in the Lone Star State. On Sunday, November 6, Denton Bible Church hosted a powerful lineup of elected officials, pastors, and leaders who all experienced an incredible evening united around prayer and restoring God’s enduring place in America.

Following a time of sharing and uplifting words, several hundred church members and participants joined together to sign a five-foot supersized Call to Prayer Proclamation. Texans have demonstrated over and over again that they have big hearts and now, they are showing an even bigger commitment to unceasing prayer for the country, our government leaders, and for God’s continued grace on America!

Pastors Tommy Nelson and Charles Stolfus welcomed State Attorney General Ken Paxton, along with Hiram Sasser, Deputy Chief Counsel for First Liberty, and Texas Legislative Prayer Caucus Chairmen, Rep. Scott Sanford and Rep. Matt Krause. They all spoke passionately from their hearts about the state of the nation, our need to stand strong together in prayer, and fighting to keep America the home of the free. Watch the inspiring video here.

A highlight for many was the announcement about the official launch of the Texas Legislative Prayer Caucus. Momentum is building for the launch on February 6, 2017, at the Texas statehouse in Austin. Visit www.TexasPrayerCaucus.com and sign up to be one of the first to receive an invitation to this historic event!